Earlier this month, a colleague and I attended the #CTSISymposium at the famous Brighton Metropole. Since returning to the office and reflecting on the event, the following words from Kelly Tolhurst MP’s opening keynote about the remarkable work of many Trading Standards teams have stuck in my mind: “truth, honesty and courage”.

Having worked with Trading Standards teams over several years, I’ve always understood the crucial work they undertake. But until last week, I’d never fully grasped the scale of the job in hand and the breadth of a Trading Standards Officer’s (TSO) remit. Coupled with the backdrop of ongoing austerity and the huge cuts made to the resources available to them, I was blown away by the quality of their output at several of the event’s sessions as well as a number of the less formal discussions held over the three-day event.

This event, by contrast to many others I’ve attended over the years, was so thought provoking as it prompted me to view everything I learned from two different perspectives: a business one and from a more personal, consumer one. As the event progressed, it became increasingly clear that whilst the specialist work of these fantastic teams is invaluable to the communities they protect, without greater central and local support it may well be difficult to sustain the service levels achieved thus far.

One example of the mounting pressure placed on Trading Standards teams is the steep incline in online criminal activity, with more and more internet fraudsters exploiting the vulnerabilities that consumers and businesses face as they increasingly rely on buying and selling goods online.

It was heartening to learn of the recently formed National Trading Standards eCrime Team which will provide an additional, much-needed layer of public protection whilst also supporting the resource-stretched local Trading Standards teams. My biggest takeaway from researching this newly formed eCrime unit is the sheer scale of this epidemic across the World Wide Web and the myriads of methods fraudsters are using to rip off UK business and the general public.

And so… with my personal, consumer head on – whilst, like most of us, I am hugely concerned by this steep rise in cybercrime coupled with the ongoing cuts to our public services, I was also lucky enough to attend the hugely insightful #CTSISymposium last week. I’m genuinely humbled and comforted to know that our Trading Standards professionals continue to protect each and every one of us both at home and in the workplace – day in, day out – embodying the values of “truth, honesty and courage” in the ongoing face of adversity.

As a business leader and as a consumer – thank you! We look forward to attending next year’s event. 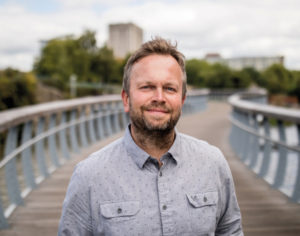